The Tiled Bath located on Fire Street in Fatih was constructed as an extra to Barbaros Hayrettin Pasha Madrasah. The architect, Hamam, which is the Grand Sinan, is a gorgeous hamam built in the second tent of the 16th century. Bath; Kaptanpasha Bath, Zeyrek Tiled Bath and Hayrettin Pasha Bath, and it is known that today's name is taken from iznik tiles which have not reached today's name. The building, which was repaired after two major fires in 1782 and 1833, was transferred to private operation.

The view of the double bath, which does not conflict with the traditional Ottoman architecture, was covered with a large dome and a fountain pool thought to be the Iranian Shah's gift was placed in the center. The changing rooms of the bath are located on the upper floor of the window and the windows are moved to the tepid. It was covered with warmth tones and then four chamfers were added to the space. A pass through the hallway is passed through the hallway, and a toilet with a cradle domes crosses the hallway as it passes through this passage. There are four statuettes, three sofas and a belly stone in Harare and two verses written in Persian on the doors of the statuette

Istanbul Bozdogan Aqueduct which lies between the hill where the University of Istanbul and the hill where the Fatih Mosque is located, is the artifact of the Early Byzantine and late Rome period. Roman and Byzantine era, the name of Hadrianus and Valens, also known as the belt is not fully known date of construction; The Hadrian period (117-138) and the Roman Emperor Valens period (364-378) are mentioned in some sources as the date range during which the arch was built. Belt was repaired during the II. Iustinos (576), V. Constantinos (741-775) II.Basileios period and after the 11th century it suffered great damage by the encirclement of the city and its invasion. 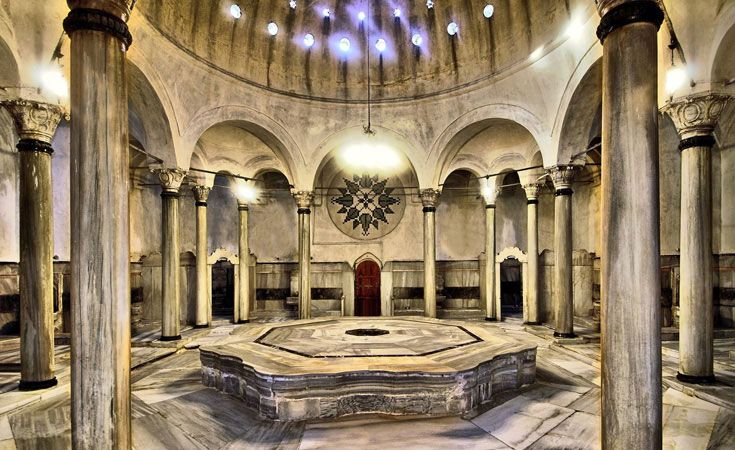