One of the historical artifacts of Istanbul is Ayse Sultan Fountain. It was built in 1598. It was built by Ayse Sultan, III. Murad's daughter. This famous fountain, attracts attention with its obvious traces of Ottoman architecture.

It is not known when this is done and it is visited by many tourists during the year. Qasr of Aynalikavak is the only example that arrives to our day from the group of constructions known as the Shipyard Palace in the Ottoman Empire period.

Located in Üsküdar Square, opposite Sultan Is. Ahmet Fountain was built by the sea in order to see the needs of passengers coming and going from the throat in 1728; has been moved during today's rather than the challenge of organizing the challenge.

III.Ahmet Fountain which is made from massive marble includes a book that III.Ahmet and Grand Vizier Damat İbrahim Pasha prepared together; the couplets on the fountain were taken by the famous poets Nedim, Sakir and Rahmi. Over the fountain which S and C curves and the beads are very strong, the polygon hull becomes a square prism after a certain height. The rosettes on the niches in the fountain's polygonal prism body add a different air to the fountain. The tulips, roses and chrysanthemum treatments used in the design of the fountain's facade can be shown as examples of artistic workmanship in the fountain. Also; mukarnas, pointed arches and palmette have added an eye-catching aesthetic to the fountain.

Today, the fountain, which is located at the crossroads of Uskudiyeti Milliye and Pashalimani Street, stays at one of the busiest streets of Üsküdar and one it is one of the most beautiful fountains in Istanbul. You can see different artifacts like this in Istanbul but this fountain is really unique and brings a lot of tourist to area. 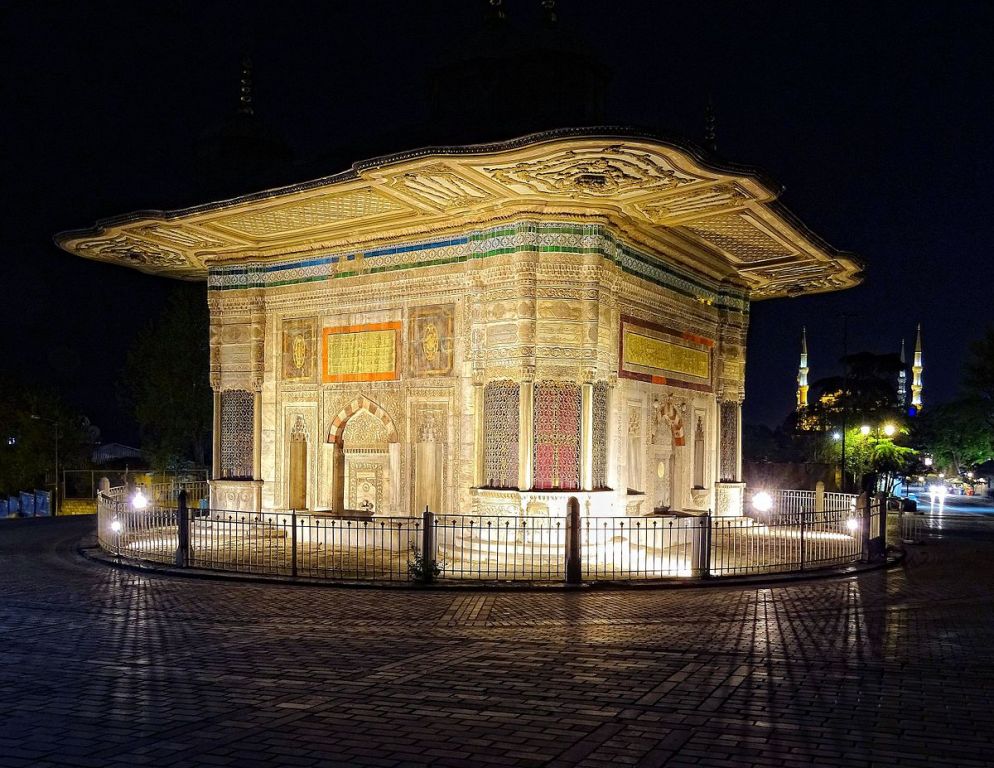