Istanbul is a world capital, the only city that combines two continents in the world, and a geographical home to the world's greatest empires. This colorful city that hosts thousands of different people and cultures has left a mark on every culture from this world. There are a lot of places, museums and places to see in this immense metropolis that everyone has in mind.

Ottoman Qasrs of Linden in Istanbul

Qasr of Linden with an area of ​​25 thousand square meters; and located at Besiktas on the junction of Nuzhetiye Street. In some sources; In the middle of the 18th century there was a pavilion belonging to Huseyin Effendi. At the beginning of the same century III. The two bridges made by Ahmet are mentioned in the linden of the unique garden. However, between 1849 and 1855, existing buildings were demolished and replaced by Abdülmecit to build the mosques of today's Balyan.

Qasr of Linden, occures from Maiyet Kiosk and Merasim Kiosk. Maiyet Kiosk is in a more plain appearance than the Merasim Kiosk; it was generally used for Sultan and harem women. Today a nice cafeteria serves here. Merasim Mansion is; baroque-style ornamented with ornaments. The ceilings are covered with landscape paintings, the porcelain used in the decorations of the firemen, the products of the star furnace. Mansion is decorated with the crystal hunts and European style furnishings, Hereke carpets and ornate vases.

Abdulaziz; in the garden of this casket, wrestling competitions, coaching and cock fighting were held in which himself participated. I. Abdulmecit hosted the famous French poet Lamartine; In addition, V. Mehmet Resat accepted the presence of the foreign state where the statesmen of Bulgaria and Serbia were present.

It was transformed into the Kasr, which was not used for a long time in the Republican period, in 1952, the Merasim Kiosk, Tanzimat Museum and the Maiyet Kiosk are in the Historical Kiosks Museum. It was removed from being a museum for a while and was completely restored in the 1980s. In 1987, with its garden, it opened its doors to its guests. 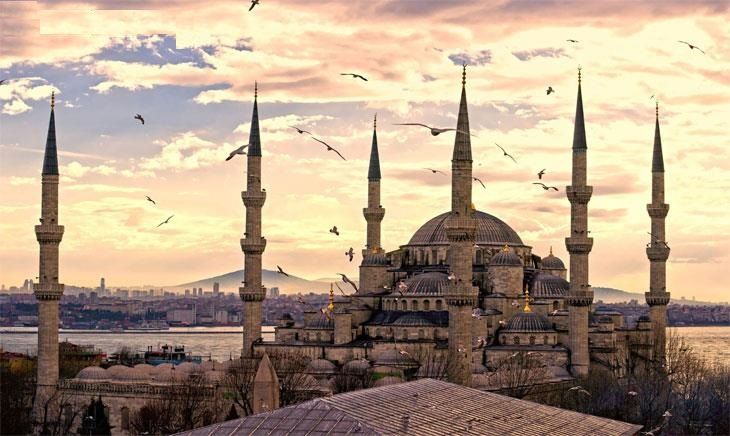